During Covid, We Are Open By Appointment Only. We Occasionally Have Last Minute Appointment Availablity – Please Call Before Coming In! We apologize for the inconvenience.

Wayne’s Tattoo World was established in 1999 in Derry, NH by expert tattoo artist Wayne Morel. He also opened FTP Ink Unlimited in Derry, NH in October of 2012. Wayne and his artists have been serving southern New Hampshire with world-class tattoo and body piercing for over 25 years. Wayne’s Tattoo World draws in clients from all over New England. The talented and sought-after artists at Wayne’s Tattoo World offer a full range of body art options and are always in demand. They take pride in, and are known for, setting the highest bar for extensive training, cleanliness, and professionalism. In addition to the incredible range of artistic tattoo creations, Wayne’s Tattoo World also has a great body jewelry selection.

Wayne moved to Hudson in 2012, getting the second license in Hudson, NH for legal tattooing, mullet and all. He even made the papers. He continued to work hard over the years and has learned many things including how to be a better artist and businessman.
Wayne’s Tattoo World merges with FTP Ink Unlimited – Derry, NH 2017

In 2017, Wayne is back in Derry, NH merging his Hudson shop named Wayne’s Tattoo World, with FTP Ink Unlimited. The “new” shop is officially Wayne’s Tattoo World. It has been quite the journey so far, and we can’t wait to see what comes next from Wayne and his crew. It is Wayne’s future vision for his shop and crew to grow to help everyone who works with him to be a success. For his clients, it is important to him that they feel un-threatened and feel right at home in a fun but comfortable environment. There are no big egos here, just amazing artists in a great atmosphere creating amazing artwork.

Come see why Wayne’s Tattoo World is one of the top 5 highest rated shops in New Hampshire. 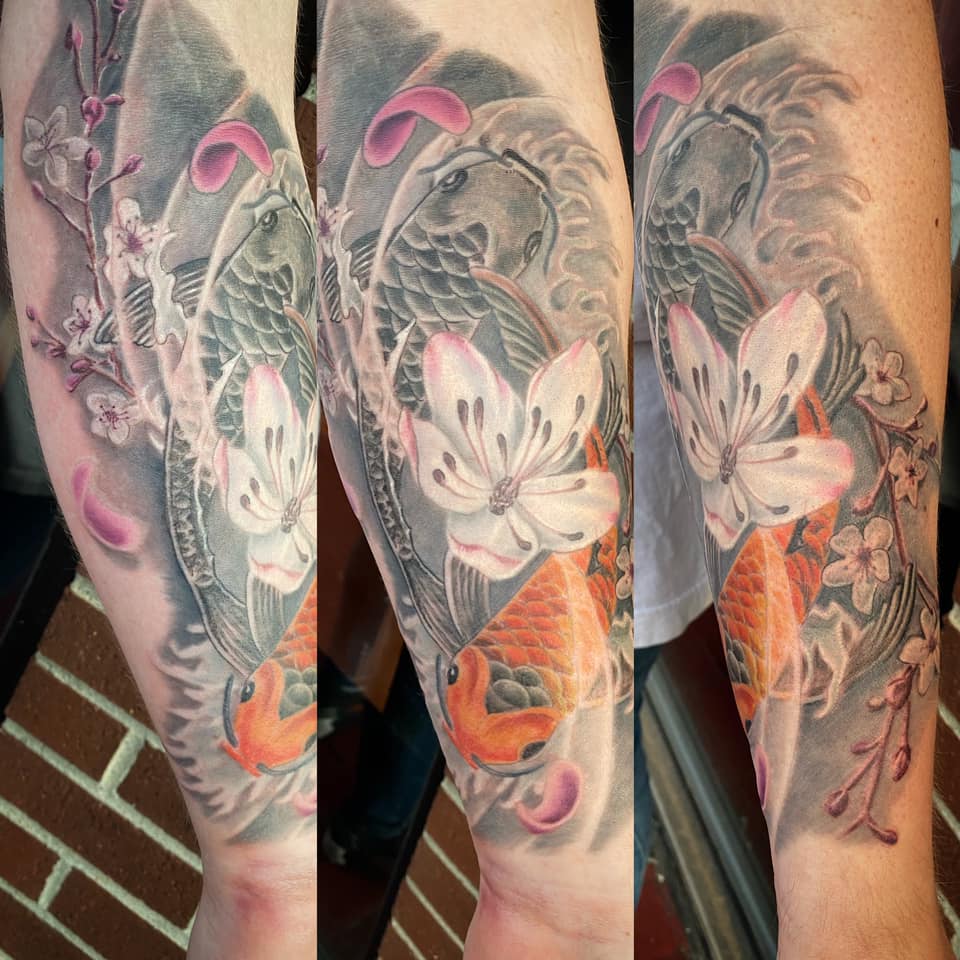 Get In Touch. Book An Appointment!

During Covid, We Are Open By Appointment Only. No Walk-Ins At This Time. Please Call Before Coming In!

Email Us At: [email protected]

While we get our forms back up and running, please use Email to book an appointment or ask any questions that you may have about tattooing and body piercing.  We look forward to hearing from you!

Include your name, phone number and let us know what type of service you are looking to book (tattoo or piercing or both).  Also, please let us know if you have an artist preference.  If you have any drawings or images with your ideas, please feel free to attach and send as well.

WE ARE OPEN!Wayne's Tattoo World Is Dedicated To Your Health and Safety

During Covid, We Are Open By Appointment Only.
We May Have Last Minute Availablity - Please Call Before Coming In!

We continue to reschedule everyone that we had to cancel, please understand that these appointments take precedent over new ones. We appreciate your patience! We are all so happy to be back to work and doing what we love but most of all, we can't wait to see you!

We have had to make a few changes to the way we run the shop. Here are our new requirements for anyone having body piercing or tattoo work:

Thank you all in advance for your understanding. Please visit our Covid-19 Information and Updates page.

I got it! Thanks. Don't Show Me This Message Again

Open to the public for free. Accepting donations for the Food Pantry.

**Kids welcome - must be accompanied by an adult!